According to TechCrunch,  In 2015, the number of smartphone subscriptions reached 2.6 Billion mark and is expected to reach 6.1 Billion in 2020. 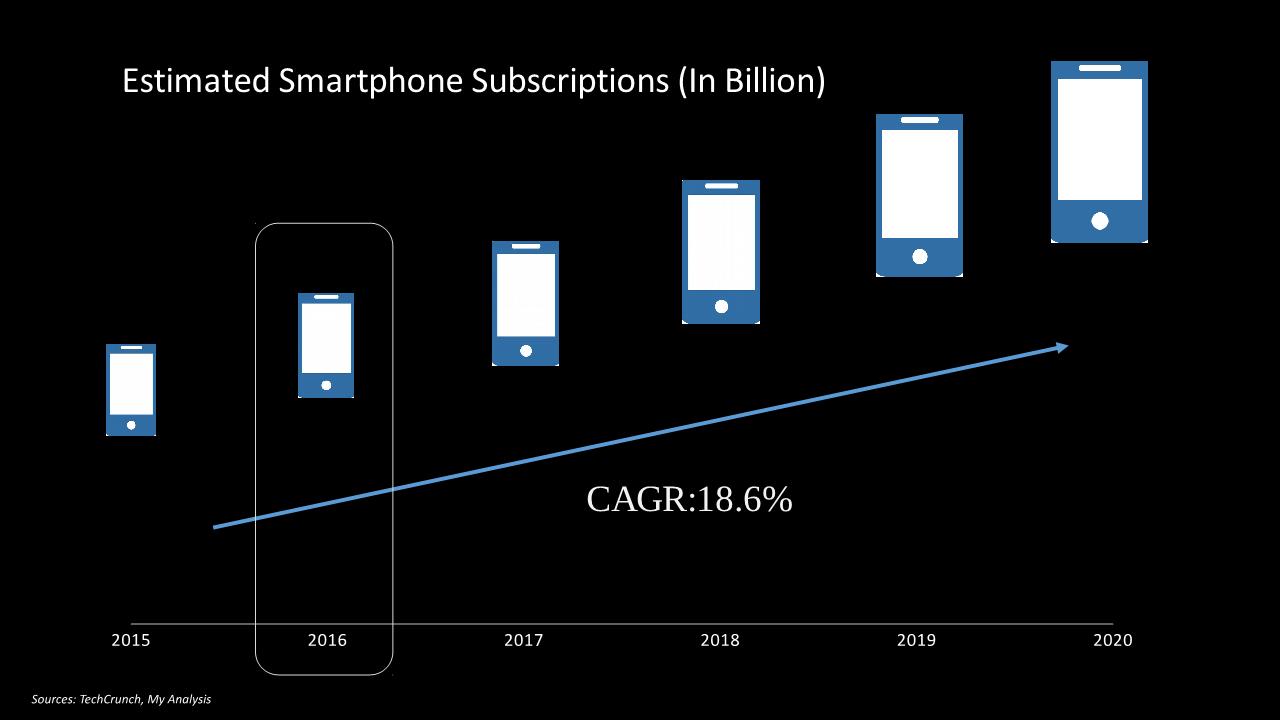 Android Vs iOS:
Android is the most used operating system in the world. But in the U.S. the iOS share is comparatively higher than other major regions such as EU5 (France, Germany, Italy, Spain and United Kingdom) and China.